Release Blitz: I'd Rather Not by Lani Lynn Vale 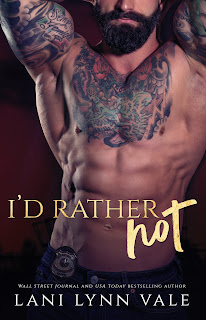 She only has weeks to live thanks to a freak infection that totally and completely destroyed her kidneys.

Despite her family's desperation, not a single one of them is a match.

In a last-ditch attempt, Oakley's father takes to social media to bed for help to save his daughter's life.

Pace Vineyard is lost. So lost, in fact, that he's not sure he wasnts to be found.

But then a beautiful woman's face is splashed across social media, and Pace finds a spark in his soul for the first time since a bomb went off beside him.

At least, that's what he tells himself.

What he doesn't expect is to give his heart to the woman, too. Or for the woman to run away with it and force him to follow. 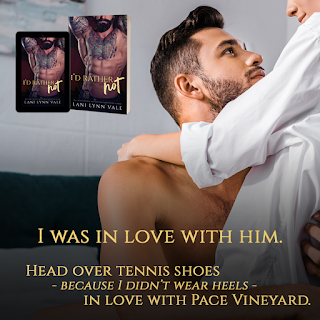 I'd Rather Not delivers us the story of Oakley and Pace and it's quite the ride the book takes us on with them.  There's a lot going on, as Oakley is battling kidney failure and Pace is coming back into himself after losing his legs and  his release from the military.

I really enjoyed the bits of drama that played out among this story along with the insta-love feels too.  Vale did a great job of showing us a build up between these two as things quickly came together as Pace became the donor for Oakley.

As with many of her books, the side characters brought a lot to the story, from the friendship between Pace and Oakley's brother, to the bonds between the family, and of course the difficulties of Pace's relationship with his own family.  Each little piece had something to add to the story to show us who these characters were. 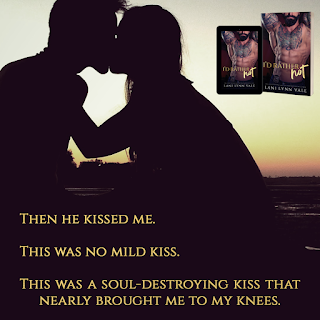 Lani Lynn Vale is a Wall Street Journal and USA Today Bestselling Author of over thirty titles. She is married with three children, two dogs, two cats, a donkey, and a couple (a couple meaning over twenty) chickens. She hails from the Great State of Texas.