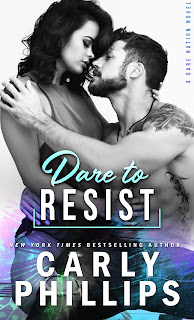 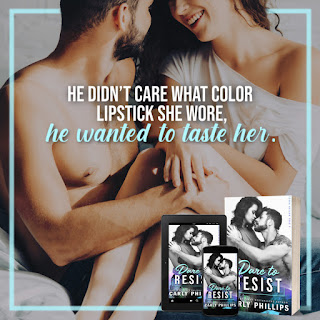 Dare to Resist kicks off a new series of Dares, Dare Nation.  This first book, gives us the tail of Austin Prescott, his unexpected baby and the love he finds with his personal assistant in the wake of that discovery.

Quinnlyn knows one thing, she doesn't want children, she's had her fill of raising other peoples children without being asked and as such knows she doesn't want to continue the trend with her own. This has caused her to be misunderstood by her own family, friends, and even the fiance she thought was on board with her. So when her boss calls her up asking for help with the baby left with him, She never expected to have her feelings change, but something about Austin and his daughter draw her in and she's left confused about how she wants to proceed.

Austin never expected to have a  baby show up on his doorstep, never expected to love her right away either or that he could be a good father. But after a little while, he realizes he can't walk away from this baby, even if it turns out she's not his.  But he also knows that he wants Quinnlyn for more than a work assistant and baby help, but doesn't want to be unfair to her wishes either.

As these two bond over late nights and baby duty, they find much more between them, but can they make it work long term?

Dare to Resist was a sweet story that drew me in from the start and left me satisfied at the end.  I'm looking forward to what the rest of Dare Nation brings these characters. 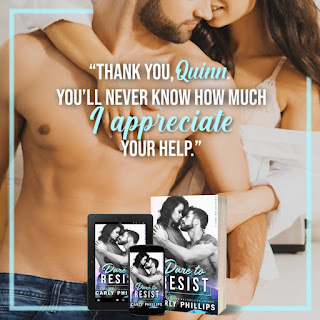