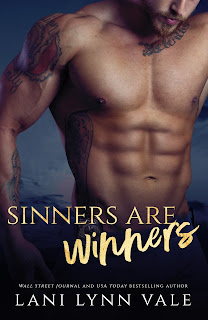 He saw her from across a crowded ballpark and knew she was about to change his life.
Yes, he realizes just how cliché that really is, but the moment his eyes locked on her, he knew that she was the one.
At least, the one that royally screwed him over. The one responsible for his demotion and the subsequent disciplinary action taken against him before he’d even gotten out of the probationary period with Kilgore Police Department.


It all started with a kiss.
***
Saylor Rae Spada tried to mind her business. She also tried to not get involved in petty disputes.
However, from the moment she saw him sitting next to her at a professional baseball game, a game she didn’t even want to be at but was dragged to by her blind date, she couldn’t look away.
Then the kiss cam came on, featuring none other than her and the handsome stranger.
Without missing a beat, he kissed her.
Then her blind date decided to pull a knife and try to stab him.
From that point forward, she’s done nothing but cause him trouble.
Trouble that he’s starting to find increasingly adorable. 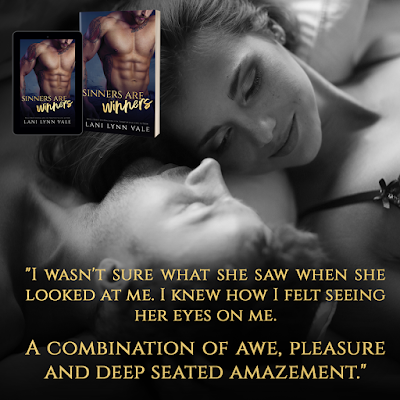 Sinners are Winners is the latest release in the KPD Motorcycle Patrol series and brings us the story of Saylor and Lock.  If you aren't new to LLV and her books, you'll be happy to know that Saylor is the daughter of previously written characters and she's quite the heroine! Lock isn't too shabby himself.

I loved how all the lines of the web connected between these two - it made for quite the connection between them and added some more depth.  Saylor was quite the girl - I loved every thing about her and if this was real life, we'd be good friends.  And Lock was everything I've come to expect from one of Lani's heroes, a good man who knows what he wants when he finds it.

Saylor and Lock's journey isn't smooth sailing in many aspects but each hurdle they faced only served to deepen their connection. The visits from character favorites also made the story all the better and showed the connections between all of the characters.  I love seeing the family interactions with the new couples and how everyone fits into the MC world as well. 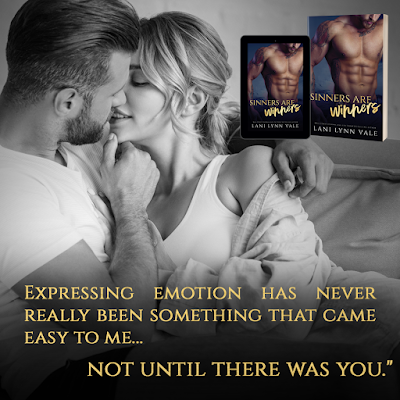