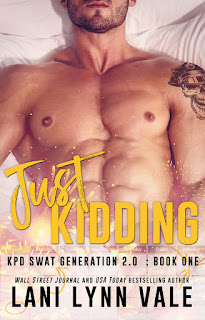 Let’s do a calendar, they said. It’ll be fun, they said.
Well, they—i.e. Kilgore Police Department’s public relations specialists—were wrong.
Now, every time Dax Tremaine walks around a corner, the women of Kilgore, Texas can’t help calling him Mr. January.
Mr. January, can you fix my flat tire? Mr. January, can you cuff me? Mr. January, can you sign my boob?
It goes from bad to worse when even on a SWAT call, the women won’t stay away.
***
It was the worst time of her life. Rowen Roberts had finally admitted to herself that the man she loved would never love her back. She was just fired from her job for violating client confidentiality, and to make matters worse, she’s held up at gunpoint in a convenience store where she only wanted some ice cream to help mask the pain.
The moment the gun is pressed to her forehead, she knows she has a decision to make. Follow the rules and maybe possibly live, or go down swinging where at least she can salvage just a little bit of her dignity.
And when Mr. January himself tells her to do what the gunman says, she’s had enough. Rowen has never really been a girl that does what she’s told. Mr. January won’t have to save her. She can dang well save herself.

Get Your Copy Here: 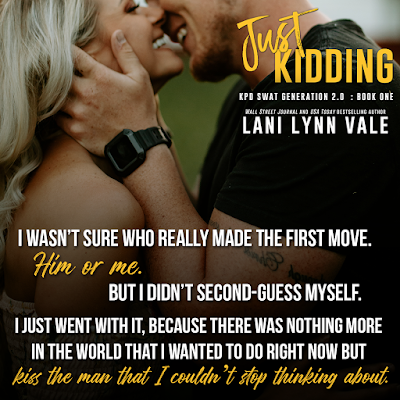 Just Kidding kicks off the Swat generation 2.0 series and I for one couldn't wait to start it. What's better than watching characters you've known and loved be grown up enough for their own HEA's? Vale doesn't let us know, it's a new season of romance with a touch of suspense among these pages, with the added fun of a Swat calendar filled with the dreamy members of SWAT. Who wouldn't be excited?

Just Kidding delivers us the story of Dax Tremaine and Rowen Roberts and takes us on quite the wild ride.  Rowen has been through an incident and returned home a little worse for wear, but still determined to get on with her life, so of course that's when she'll run into Dax.  Dax was a fun character too, a man who's used to doing things his way and not falling on a commitment or relationship - but something about that is no longer satisfying.

Rowen and Dax were super fun together, I really liked watching them grow to know each other in the now and seeing that there was a connection.  The added bonuses of the crazy things they've been through and still face added just the right touch of drama to the mix.

As with all Vale books, it was fun to watch and get to know the surrounding characters as well, as family and friends are always a large part of these books.  I'm looking forward to watching more of these SWAT boys fall. 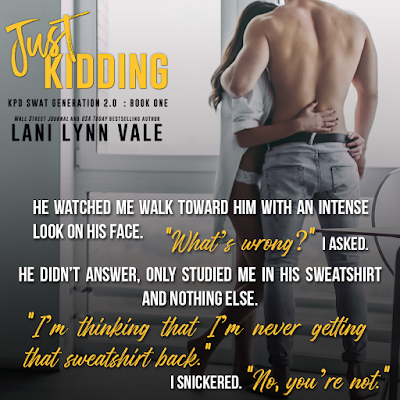 Lani Lynn Vale is a Wall Street Journal and USA Today Bestselling Author of over thirty titles. She is married with three children, two dogs, to cats, a donkey, and a couple (a couple meaning over twenty) chickens. She hails from the Great State of Texas. When she's not writing, you can find her curled up in her favorite chair reading.