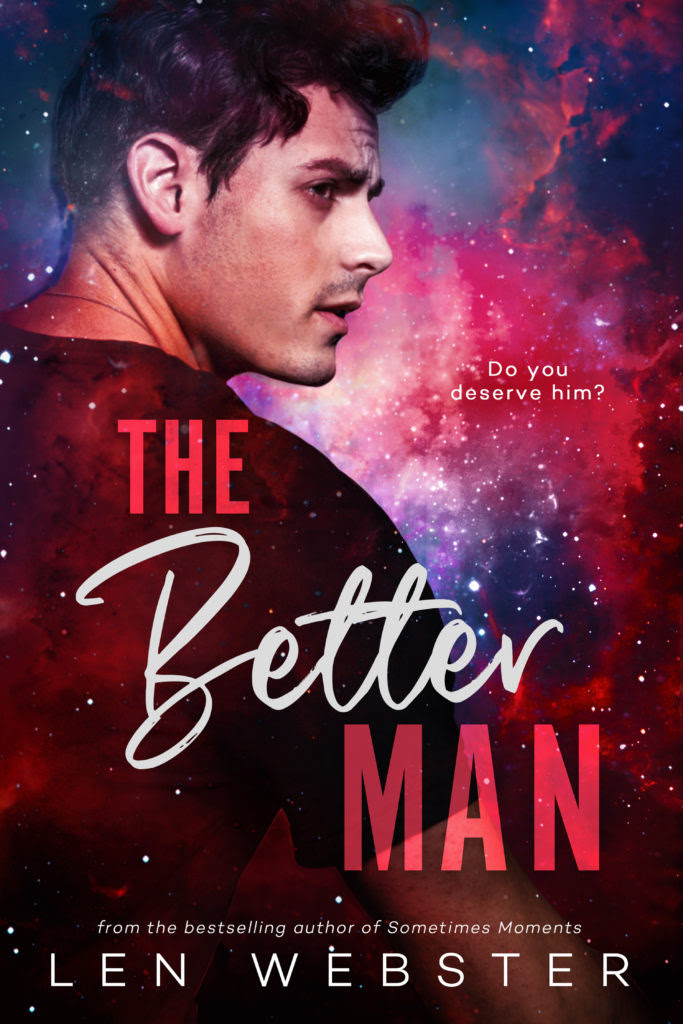 BOOK BLURB Savannah Peters thought she kept her one forbidden lover and their soft touches and midnight whispers entangled in the bed sheets of their past. Their secret relationship tarnished by his lies and betrayal. The basketball star was toxic, and Savannah was … in love. A dangerous, disappointing combination she had to escape. Years after Savannah walked away, he returns, pleading for one more chance. A chance she questions—especially when she sits under beautiful constellations with a man who gives her what her ex couldn’t. Better. After the stars burn out, Savannah will learn that one man is a painful lesson, and the other might just be the one … But who will be the better man?   Add #thebetterman to your TBR: http://bit.ly/2mdmm5Q 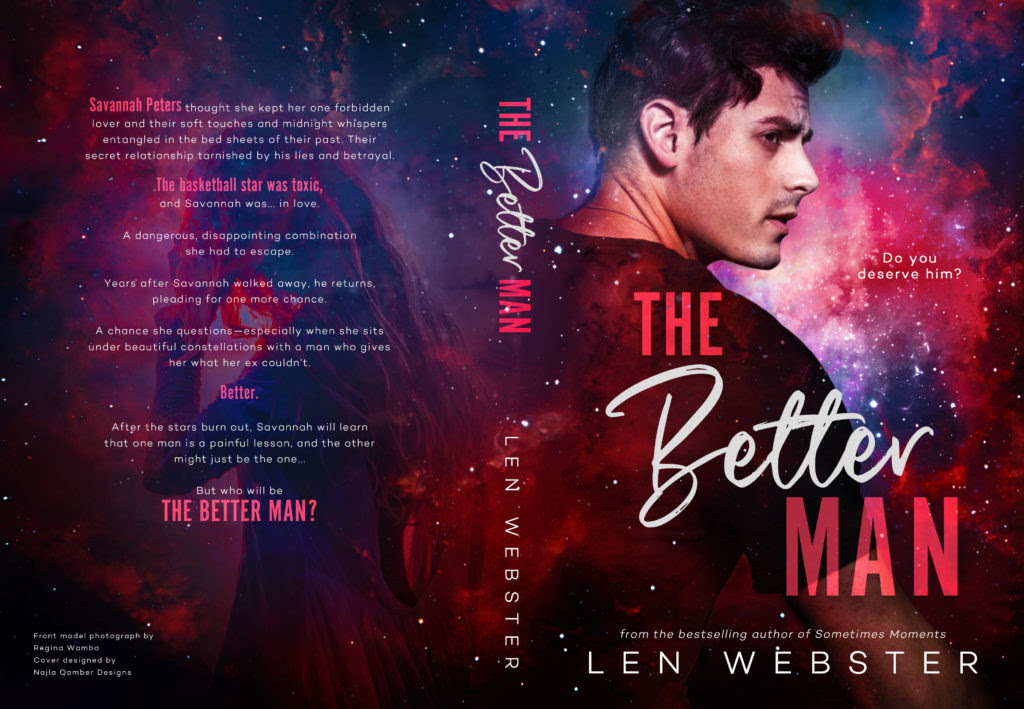 She heard another knock as she rubbed her eyes and made her way down the hall. Savannah had just fallen asleep after a long day. Ignoring her better judgment to look through the peephole, she unlocked the door and opened it, flinching at the sight of her late-night visitor. He can’t be here. Not now. “W—” He didn’t let her finish as he grasped her face in his palms and pulled her lips to his. He stole her next breath and replaced it with his need. It had been so long since he last touched her. Last looked at her with undeniable desire. He walked them inside and kicked the door closed, causing the loud sound to echo. She pulled away from his rough kisses to hear if they had woken anyone. Panting, he turned her face to meet his eyes. “Is Alex home?” Savannah licked her lips and shook her head. “No, but you can’t be here right now. I told you—” “Just fucking kiss me, Savannah.” He ran his thumb along her bottom lip. “Stop fighting this.” Three words that broke her. She would stop. Because desperation diluted her thoughts and rationality. She grabbed his hips and brought him to her. Savannah did what he asked. She stopped fighting him. Gave up months ago but her pride had stalled this. This passion and heat. This connection she couldn’t quite quit. He was a drug. And she was the addict in remorse and not remission.

GIVEAWAY To celebrate the release of The Better Man, one lucky winner will receive:
https://www.facebook.com/lenn.webster9 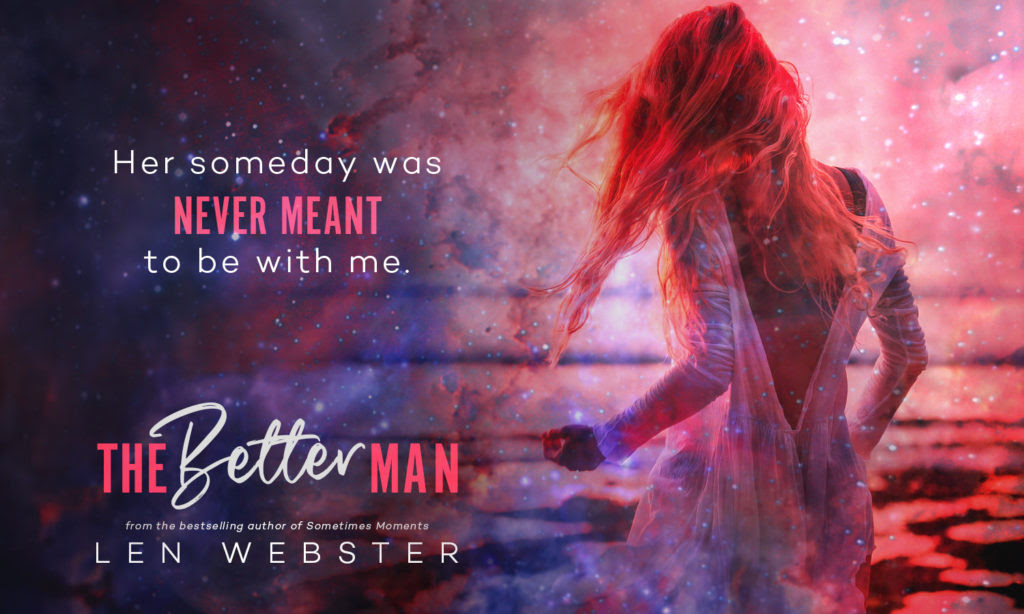 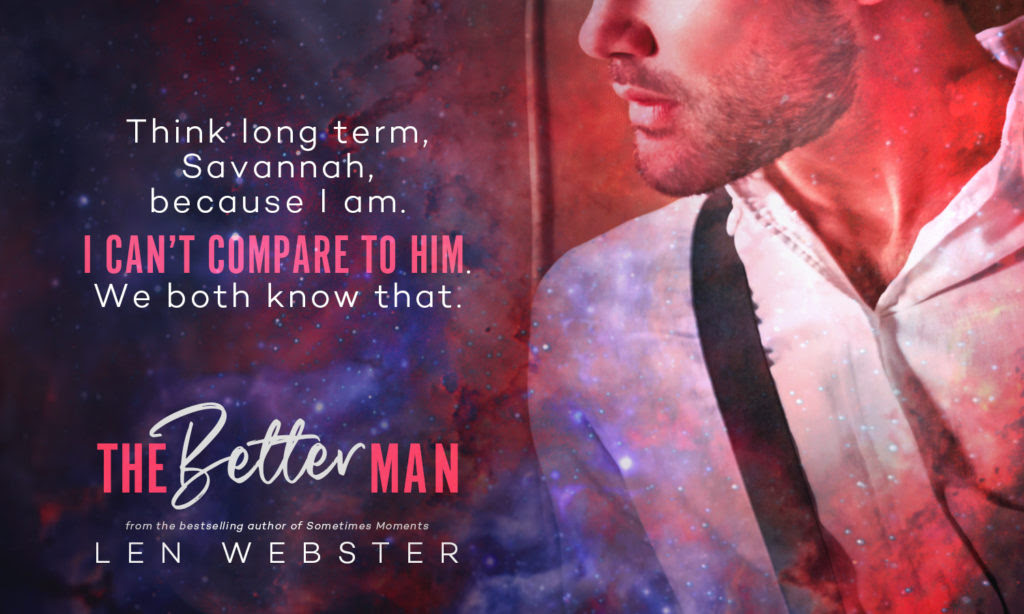 
The Better Man is a difficult book to review without spoiling anything, so this will be vagueish.

First I want to say that this book was nothing at all how I expected, but that's what made it all the more compelling.  This isn't a simple romantic tale, but it will draw your feelings out from page one and you'll be able to decide for yourself - just who is the better man.

I really enjoyed the spin Webster gave this story, it wasn't a token love triangle and yet there were three people involved.  One of the things that really worked for me was that Savannah really resonated with me, her feelings, her thoughts, the situation she found herself in - all of it really made me think.

All of these characters felt real to me and made me question what would happen in the end, and I loved that even though I thought I knew how things should go, that I pondered myself if that's how it really would work out.  The emotions of the characters really stand out and I really liked how the interactions were handled.

If you enjoy well written stories with characters who really draw you in and make you think, a depth of emotion that is fully present, then pick up The Better Man today and see what you think. 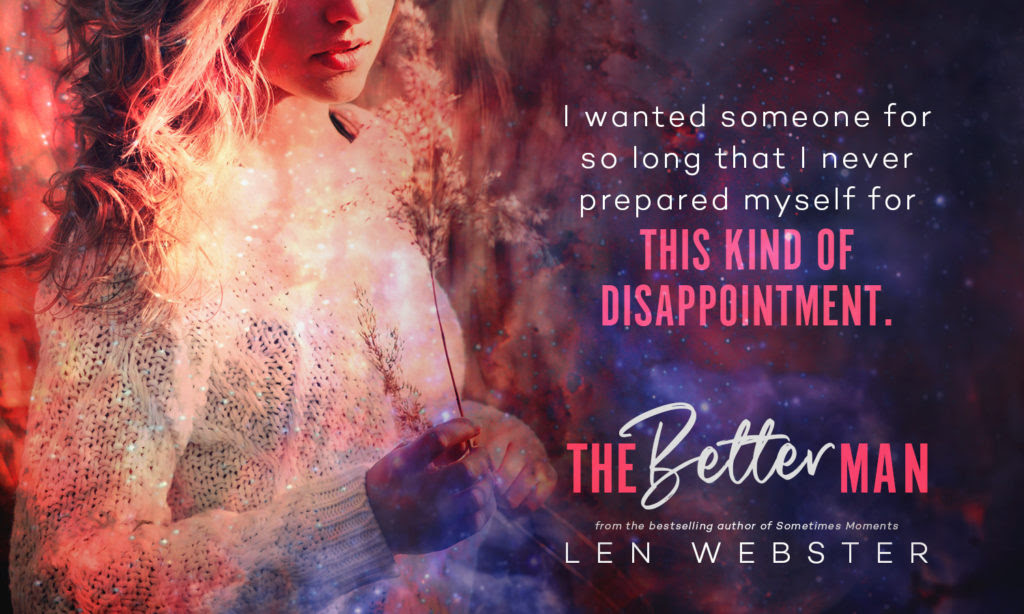 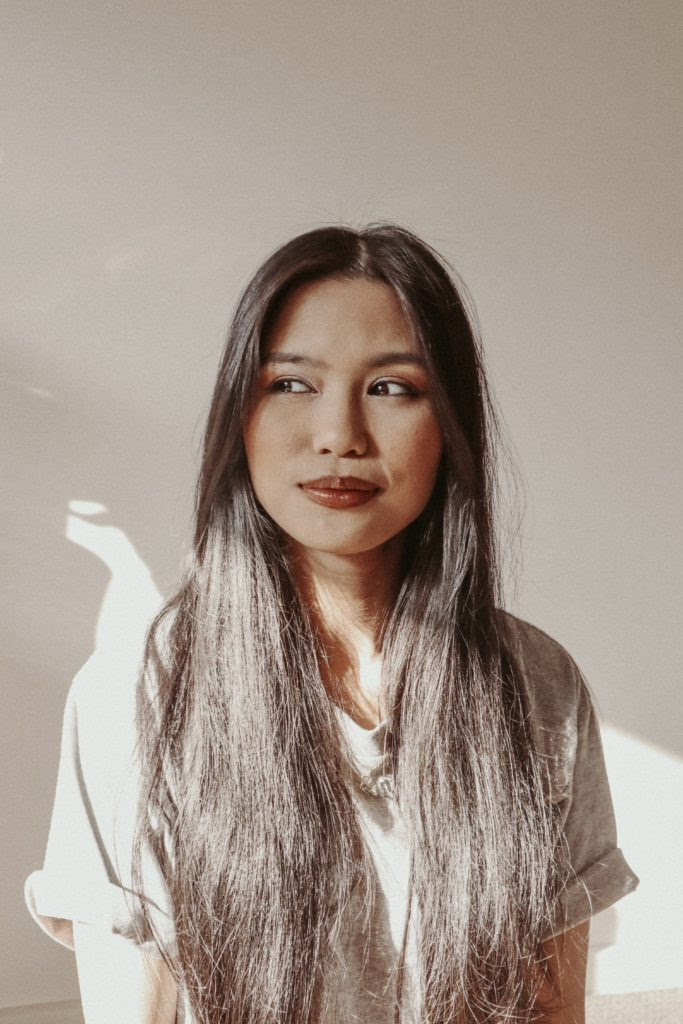 Avid English Breakfast tea sipper and romance author, Len Webster spends most of her days writing, saying good morning to her dogs with kisses or trying to explain how the internet renamed her to Leonard Webster. The cities of the world might have inspired her, but her entire being is content and at home in a gorgeous, small pinned dot on the map of Melbourne, Australia where every beat, crack, and scar of her heart has influenced the way she tells her stories. Away from the tea leaves and written words, Len can be found immersed in the food and culture of brand new cities on #TheLenFoodTour or forgetting that her framed Bachelor of Business and Commerce from Monash University still awaits its place on the hook on her wall—sorry, Mum!