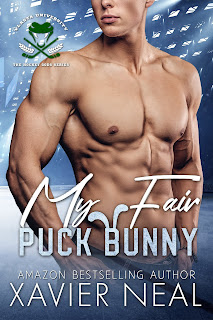 From bestselling romance author Xavier Neal comes a sizzling new standalone in the series that's being called a MUST READ for any sports romance fans!

Unfortunately, seasons passed, and things changed for the worst, like a curse the team didn't know how to break.

And the playboys...well, they continued to play, because puck bunnies are always willing to hop into the bed of a guy who knows how to handle his stick.

Several years and one new head coach later, the legendary reputation that was previously lost has finally been restored
.
Every other university wants to beat them.
Every chick who crosses their paths wants to claim them.

Adrian Stratton, the team's left winger, is ready to enjoy another flawless year on campus, when his ex-girlfriend unexpectedly transfers to his beloved school, threatening to ruin his highly respected reputation. Easiest way to prove he's moved on is to show off his new girlfriend.

Will this left-wing Casanova score one for true love, or will he hesitate to make the most important shot of his life? 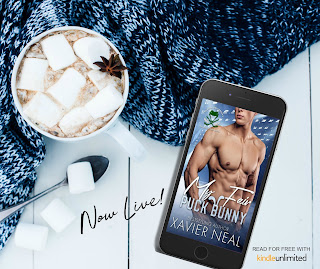 Free with Kindle Unlimited
Amazon US - https://amzn.to/36GYw3T
Amazon Worldwide - mybook.to/MyFairPuckBunny
Add it to your TBR - http://bit.ly/MFPB-TBR

My Fair Puck Bunny is book two in Xavier Neal's Hockey God's series and delivers a story of  the bad boy turned good with a fake relationship. Tatum and Adrian deliver a funny but heartfelt story.

I really loved the interactions between Adrian and Tatum and watching them fall for each other.  I really felt like I got to see the real Adrian in this book, which admittedly made the story all the much better because there were so many layers there I hadn't expected.  Tatum was another fun character to get to know and love.

One of my favorite things that Neal brings to each of her novels, is realism, there's always something that hits home, some little connection I can make and share with the characters - even if I wouldn't fit into their world in real life.  She's does a great job of making characters seem like they could be your good friend or neighbor.

As usual, we got to see characters from book one in pieces of this story which only built up my love for it, because I love when books bring a whole cast together and seeing how things have worked and changed. This is especially important in books like these where a sports team is involved.