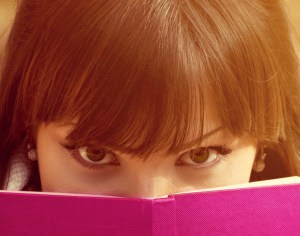 I love reading and writing stories where the girls aren’t doormats, the guys aren’t asshats, and secondary characters aren’t second-class citizens. A card-carrying millennial, I have two business degrees and zero hope of starting a fashion label (unlike my Travesty characters!). I crave quirk the way some people crave kink, and believe life is too short not to do what—and who—you love. My home base near Toronto, Canada is shared with my wonderful sig other. He's the perfect man for me because not only is he tall dark & handsome, he will beta read for me under duress. And really, that's what love is. Beta reading under duress.
Connect: Site | Facebook | Twitter | Goodreads

I'm a good girl. Jax Jamieson is a legend.

The day I wrote my first computer program... he launched his third platinum album.
The night I drank my first beer... he spent in jail.
The day he tried to get me fired... I ended up on his tour.
I'm a college junior with my whole future ahead of me. And he's the vice I'd give it all up for.
Purchase: Amazon | Barnes & Noble | Google | AppleBooks | Kobo


Excerpt:
“Well?” Jax asks when the laughter fades, his gaze dropping to the sweatshirt clutched in my hands. “You gonna put it on or just cuddle?”
The fabric bunches in my fingers. I don’t take my gaze from his as I shift on the couch, tugging his sweatshirt over my head.
I didn’t expect it to be warm and comforting, but more than that…
God it smells like him. It’s all fabric softener and man, and if fame had a scent I know it would be this.
I shove the hood back, resisting the temptation to fix my hair.
“There,” he says, a hint of satisfaction in his voice as his amber eyes darken.
“What.”
“It’s like I’m touching you everywhere.”
Words like “boss” and “distance” and “older” fall away because they can’t compete with that.
When the biggest rock star on the planet says “I’m touching you everywhere” because you put on his hoodie, it’s the biggest tease in the world.
But Jax looks completely relaxed when he shoves at the hair falling over his forehead, sliding a tattooed arm along the back of the couch. Curiosity edges into his expression. “So the whole ‘hating it when strangers touch you’ thing… that’s only strangers, right? It doesn’t stop you from doing other stuff.”
“What kind of other stuff.” My ears are ringing.
He lifts a brow. “Like sex.”
I stare him down but the only thing in his expression is concern. It’s as if he appointed himself my personal therapist without telling me, or asking permission.
“Right,” I manage. “Yeah, I have sex. But I don’t like to drag it out. You know. It’s better if it’s fast.”
Dark brows draw together on his face as if maybe I’m speaking another language. “Shit,” he says finally. “That’s a damned crime, Hales, because the best sex?” Jax’s eyes glint as he stretches out his legs, dragging my gaze down his hard, perfect body without permission. “The best sex is slow.”
I think I stop breathing when he says it.

Check out the rest of the Wicked series: 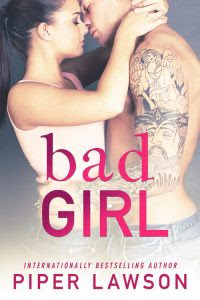 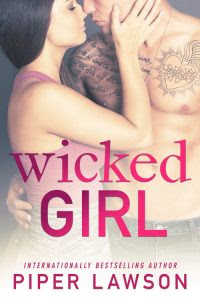