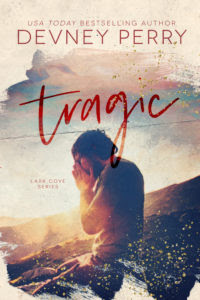 Kaine Reynolds wants nothing more than solitude. After an unthinkable tragedy destroys his family, he’s cut off all ties to his former life so he can battle his grief the only way he knows how.W Alone. So when Piper Campbell knocks on his door, rambling on about being his new neighbor, he slams the door in her face. But Kaine’s gruff demeanor doesn’t scare her. She’s set on living in Montana and starting over after a terrible divorce. And she wouldn’t mind having a fling to chase away the pain of her husband’s betrayal. Her handsome, albeit rude, neighbor is the perfect candidate. Yet what neither of them suspect is that their no-strings affair will result in the surprise of Piper’s lifetime—and Kaine’s worst fear.


READ THE PROLOGUE FOR TRAGIC HERE 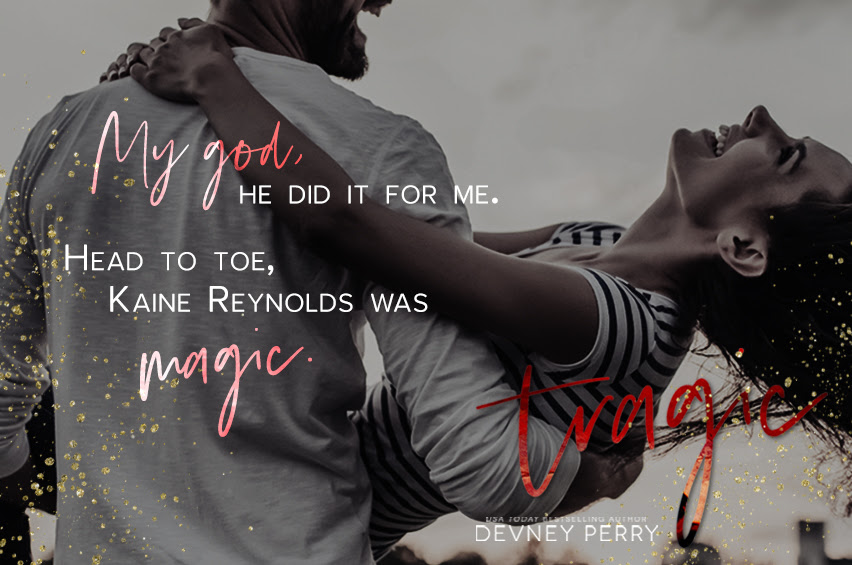 Out of all of the new authors I discovered this year, Devney Perry has been one of the most stand out authors. Her books are always full of high emotions, they make me think, they stick to me, they hold me captive from start to finish and long after.  Tragic, though, just might be the one that sticks with me the longest.

Tragic delivers not only a compelling tale of second chances at love, but the story of two people finding exactly what they need in another person, but not even recognizing it at first.  It's a story of broken people, those who feel they can't or won't be love or that they don't deserve it.  It's absolutely more than that and hard to describe exactly all the feelings this story evoked.

Kaine has suffered immeasurably and to deal with his losses, his trauma, he wants nothing more than to be alone in his solitude and to carry on for himself.  He's let go of the past - not actually moving on from it - by leaving it behind him and doing his best to not look back. But as with most trauma - covering up his pain and hiding from the past is not truly helping.  When his solitude is broken by the feisty new neighbor, Kaine begins to re-awaken to real life again - but what can happen from that point?

Piper moved to Lark Cove to be closer to her boss and to get away from the City and her ex. She's still hurting over the betrayal of her ex-husband and knows she's not ready for another relationship - but that doesn't mean she wouldn't be up for a casual fling. Only what she finds with her mountain man of a neighbor is anything but casual.

Tragic was a beautifully blended story that made me laugh, made me cry and made me want to grab a hold of both of these characters at times.  Devney Perry does an amazing job of not only pulling me into the world she's created and the lives of her characters, but making me feel as if I'm at home in Lark Cove. Which each flip of the page, I found myself sinking further in to the story, to the characters and to what was developing with them and around them. 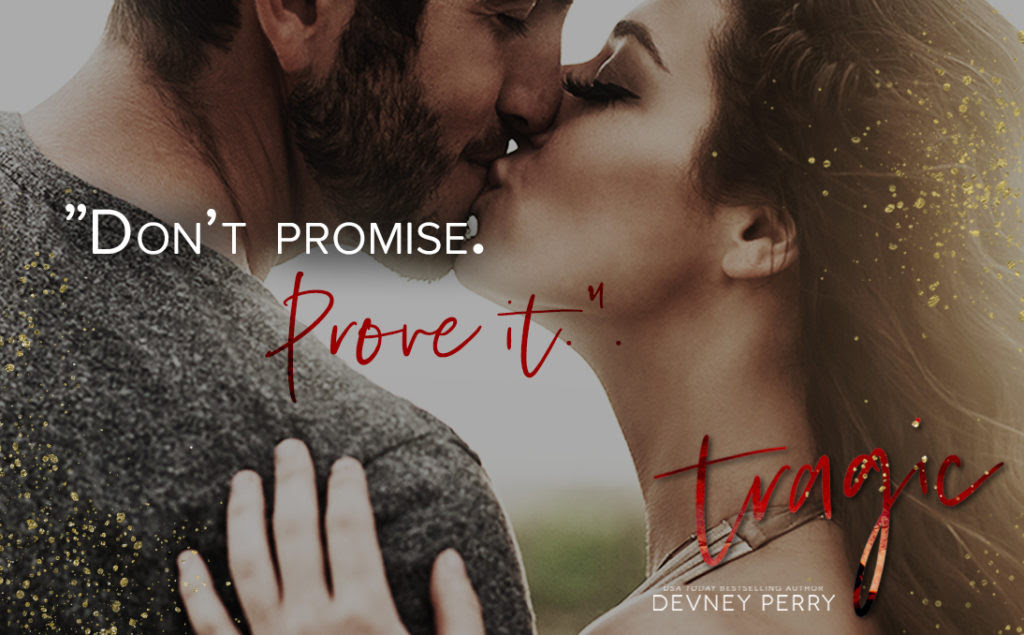 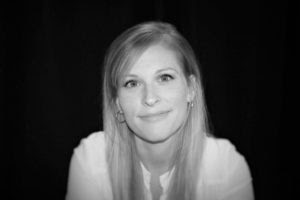 Devney is the USA Today bestselling author of the Jamison Valley series. She lives in Montana with her husband and two children. After working in the technology industry for nearly a decade, she abandoned conference calls and project schedules to enjoy a slower pace at home with her kids. She loves reading and, after consuming hundreds of books, decided to share her own stories. Devney loves hearing from readers! Connect with her on social media. Website | Facebook | Instagram | Twitter | Newsletter
Posted by Kris at 8:05 AM