Release Blitz: Deep in the Heart by Alexa Padgett 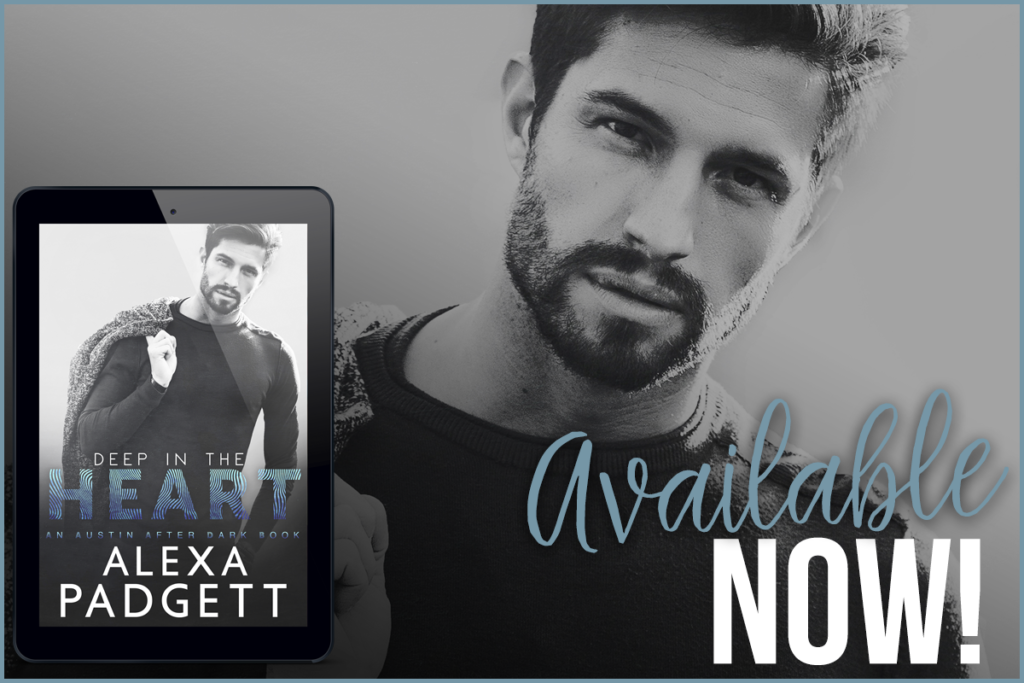 The first book in Alexa Padgett's Austin After Dark series is available now! Read an excerpt below and get your hands on this sizzling new adult contemporary romance today. 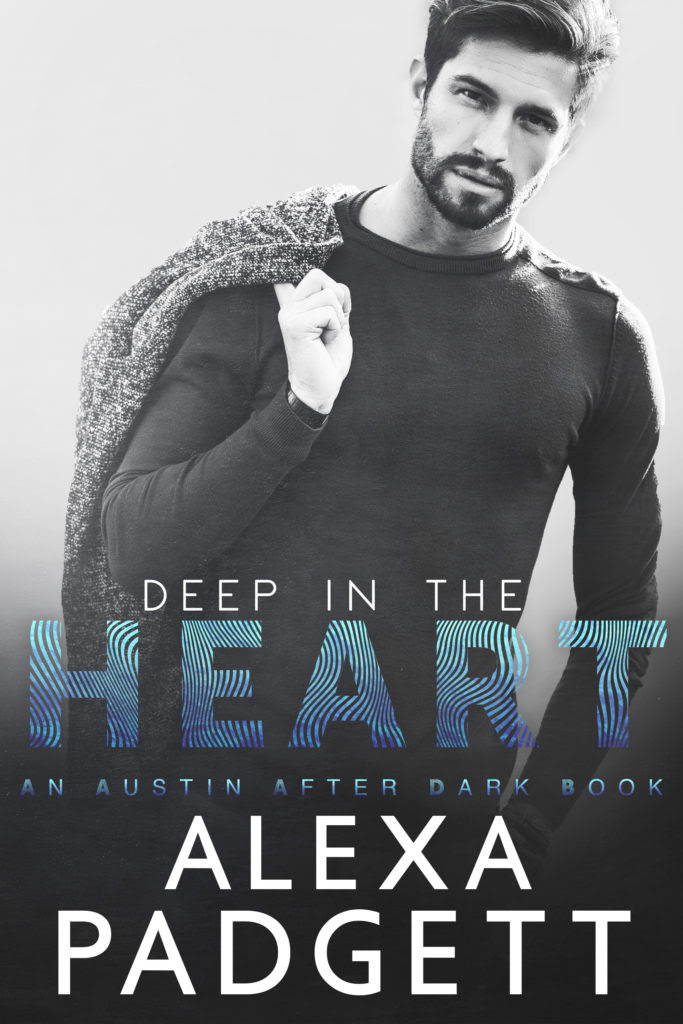 About DEEP IN THE HEART (January 8th)

She's mending guitars and her life. He's trying to forget the war with music. Will one broken instrument make their love a smash hit?
Jenna Olsen isn't sure she'll ever escape her terrible choices in love. Becoming a skilled guitar craftsperson helped with the anxiety, but she dreams of the day when she can trust someone again. When an up-and-coming country star asks for a custom guitar in an impossible time-frame, Jenna falls for the challenge… and the man.
Camden Grace loves his music and adores his fans. His passions help him cope with the physical wounds he sustained in Iraq, but he remains haunted by his fractured family history. After his latest angry outburst leaves an expensive guitar shattered, he doesn't expect to find a strong-willed woman whose struggle echoes his own.
As the instrument and their feelings start to come together, an old would-be flame attempts to sabotage their relationship with increasingly aggressive behavior. Will a jealous rival kill more than their careers or will Jenna and Camden rise above the rage to heal their hearts forever?
Deep in the Heart is a new adult contemporary romance with a melody of music. If you like sizzling chemistry, raw emotions, and wounded heroes, then you'll love Alexa Padgett's compelling novel.
Buy Deep in the Heart to strike a chord of love today!

Get your hands on DEEP IN THE HEART: 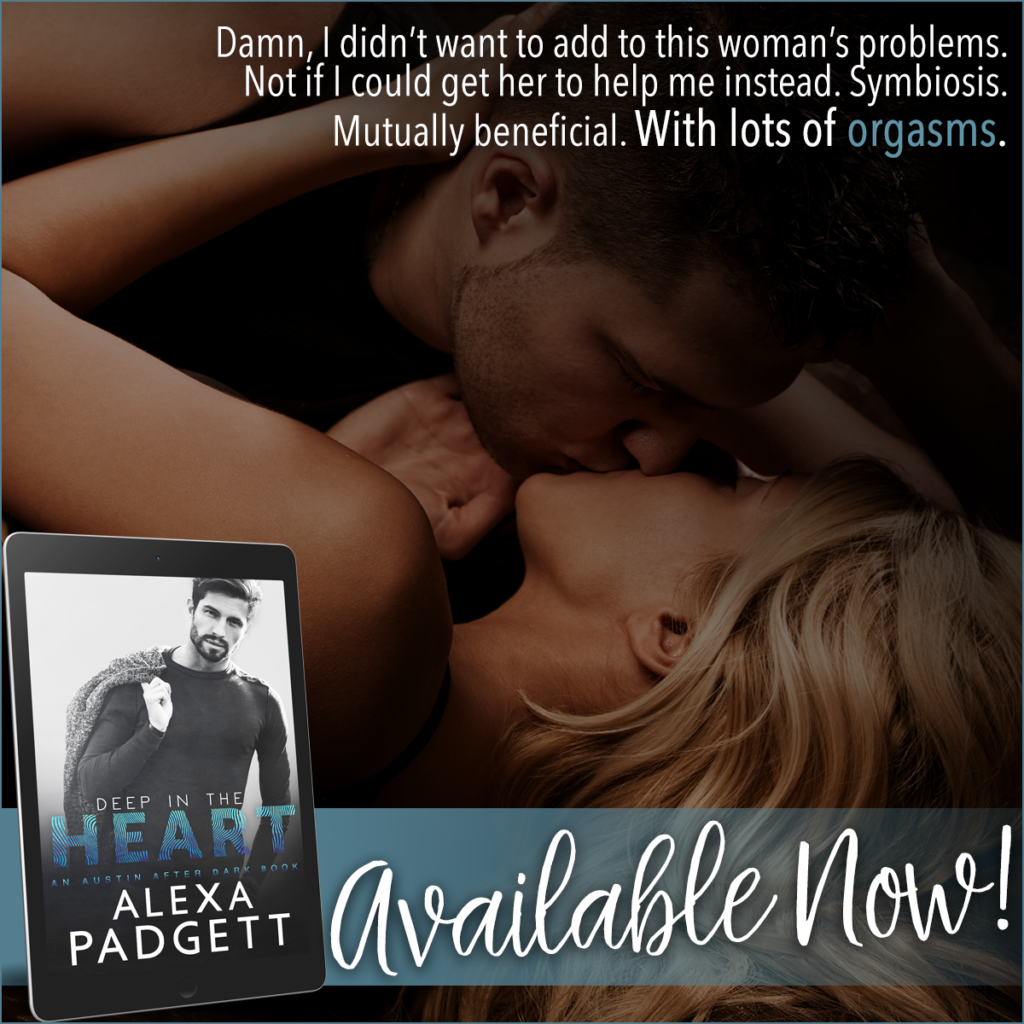 Read an excerpt from DEEP IN THE HEART

“Nothing wrong with that. But we’re off task. Talked with your grandfather earlier when I stopped by.” “When was that?” “’Bout four, I guess.” “Sorry I missed you. We still need to meet to finalize those details.” In an honest moment, I admitted I wasn’t ready to deal with Cam— and my growing feelings for him tonight. “Can we meet tomorrow? I’m not at work, and I can’t seem to wake up all the way.” No way I was going to tell him that I had never been so desperate to have him like me. “We could, but I have an idea I want to go over with you. Came to me this morning when I was in the shower.” Great. Now, on top of everything else, I was going to have the image of Cam, naked, in the shower covered in soap, branded in my overwrought brain. Damn brain created one hell of an image, and I needed to fact check its veracity. “I’ll throw in dinner to sweeten the deal,” he said. My heart flipped at the idea of going on a date with Cam. He was so sexy. And a bigger star than Kai and the rest of his band, meaning we’d get mobbed by fans. That was rule numero uno of no-go in Jenna-Land: no crowds equaled minimal freak-outs. “I’m not up for an evening out.” “Didn’t think you would be after last night. I’ll bring food to you. You like ’cue?” “Am I from Texas?” I retorted. Cam chuckled. “Want pulled pork or brisket?” “Um… both? With a loaded baked potato.” “More of a Pappa’s girl, huh? Sacrilege to my true-blood Stubb’s. I’ll throw in some ribs.” “Whatever,” I said on a yawn. “If you bring ribs, be prepared to see me covered in sauce.” Cam groaned. “Really? Not an image I needed.” “Not one I meant to send,” I said with a smile because yes, it was. To get even for his oh-so-not-innocent shower comment. “I have some Beerworks Peacemaker my brother left here when we were watching the game.” “You like college football?” “Cam,” I said on a sigh. “We’ve established I’m from Texas. I have two older brothers. Yes, I like football, both professional and college. As if there’s another sport I’d watch.” “All good points. I have an older brother, too. A whole eleven minutes older. See, we have tons in common, Jenna. Now, text me your address and I’ll be there in…” “At least an hour,” I said, rolling my eyes. “Sugar plums are made faster than you’ll pick up an order at Stubb’s.” “Oh, ye of little faith. I’m taking that as a bet.” “What? Whoa! I don’t bet. I never said anything about a bet.” “Too late.” My heart rate kicked up to that of a galloping horse. “No, siree with a cherry on top. Nope.” “You afraid? C’mon, I’ll make it easy on you. If I can get there faster than an hour, I get to take you out on a date. Day of my choosing but in the next week.” “This is stupid…” “And if you win, you get to take me out on a date.” “Win-lose ratio’s off there, buddy.” But he’d already hung up. Somehow that didn’t surprise me. Camden Grace got what he wanted— when he wanted it. All those fans, hits, and money created that alpha personality. Or maybe he was always the top dog and could now enforce his desires. “What did you get me into, Pop-pop?” I tossed my phone back onto my coffee table and rubbed my palms over my face. For now, Cam seemed interested in spending time with me. And I might… yeah, for better— probably worse— want to see him, too. 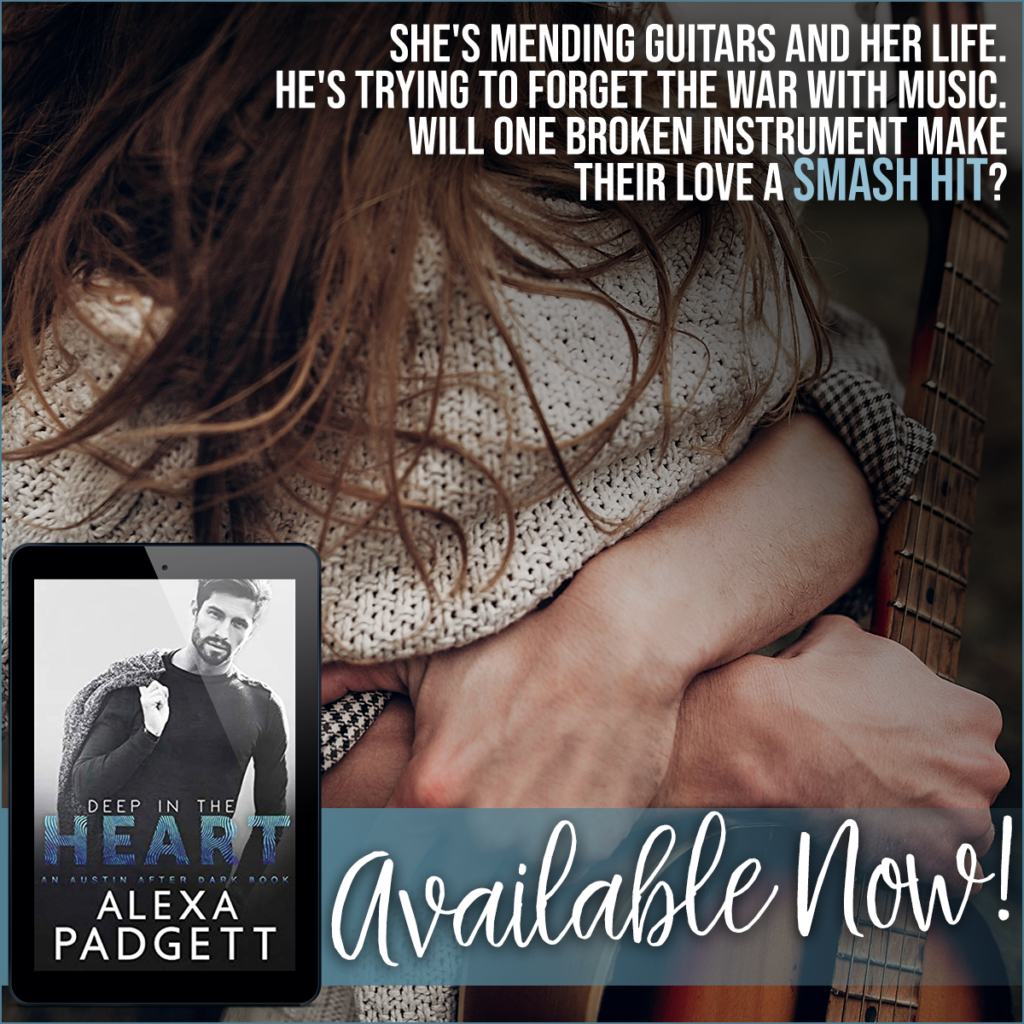 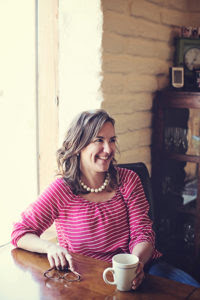 With a degree in international marketing and a varied career path that includes content management for a web firm, marketing direction for a high-profile sports agency, and a two-year stint with a renowned literary agency, award-winning author Alexa Padgett has returned to her first love: writing fiction.
Alexa spent a good part of her youth traveling. From Budapest to Belize, Calgary to Coober Pedy, she soaked in the myriad smells, sounds, and feels of these gorgeous places, wishing she could live in them all—at least for a while. And she does in her books.
She lives in New Mexico with her husband, children, and walk-loving Great Pyrenees pup, Ash. When not writing, schlepping, or volunteering, she can be found in her tiny kitchen, channeling her inner Barefoot Contessa.
Website | Twitter | Facebook | Instagram
Posted by Kris at 7:30 AM