We are so excited to be bringing you the release of ONE MORE MOMENT by Samantha Chase. ONE MORE MOMENT is the third and final book in the Band on the Run series and one you don't want to miss! 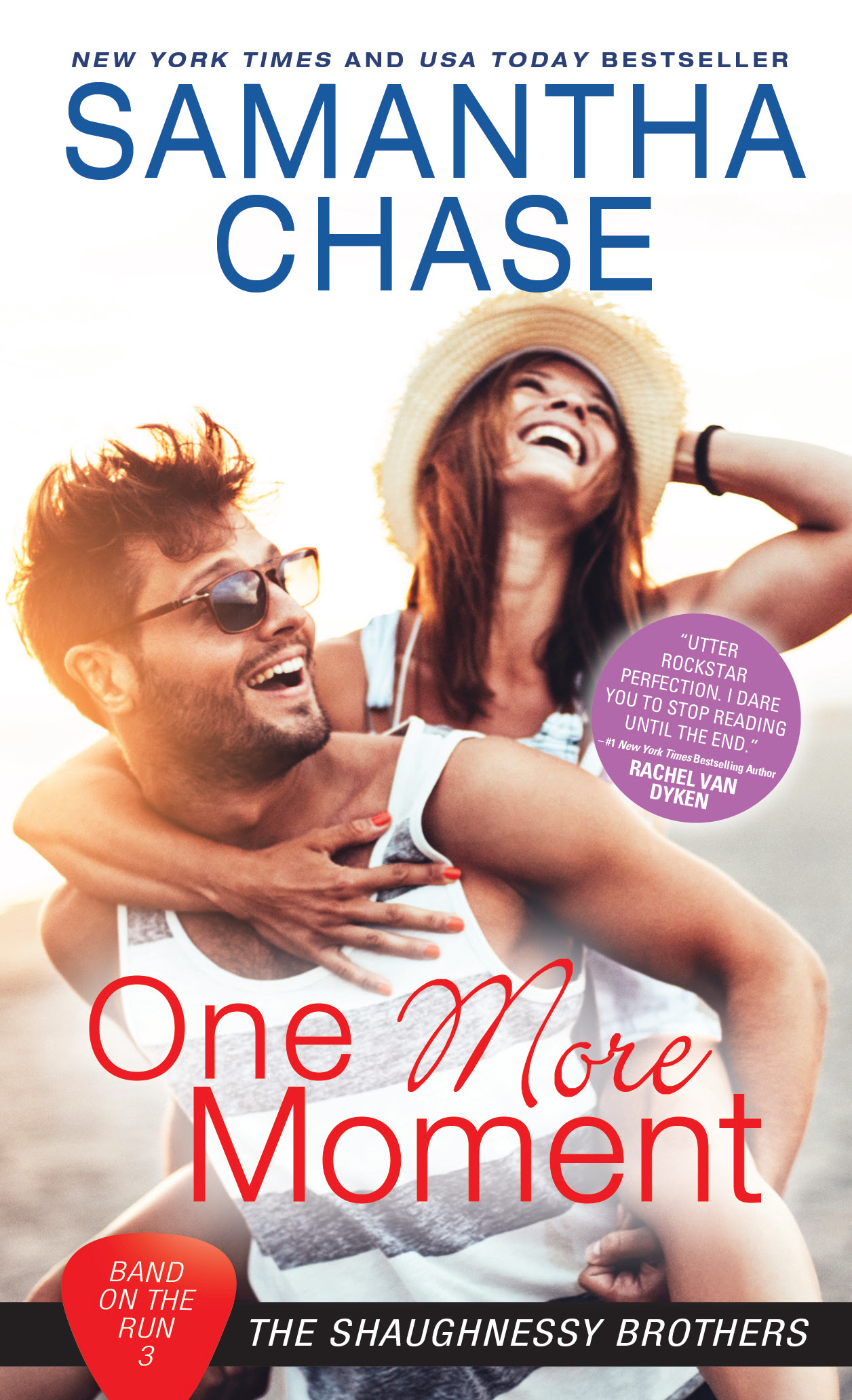 About ONE MORE MOMENT

Julian Grayson is taking a break …from his cheating fiancée …from his band …from his life in the spotlight
Charlotte Clark is devoted to her work …to save the world …to help the homeless …to get a broken man back on his feet
When Charlotte Clark offers to pay for Julian Grayson’s coffee, the world-famous drummer assumes she wants something from him. But Charlotte has no idea who he is, and Julian can’t resist keeping up the charade—being incognito is a novelty and a relief. He’ll have to tell her…eventually. But as Charlotte cheerfully undertakes to transform his life, Julian realizes there’s something about her that gives him what he hasn’t felt in years: hope.
Add ONE MORE MOMENT to your Goodreads TBR!

Get your copy of ONE MORE MOMENT today! Amazon / iBooks / B&N / Kobo / GooglePlay 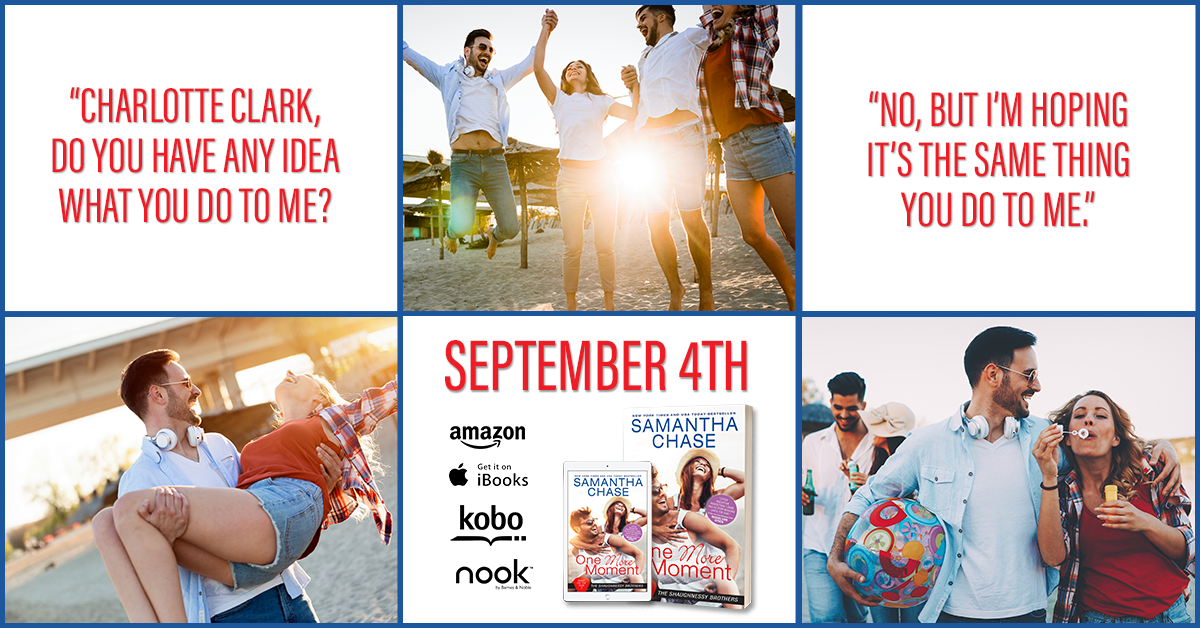 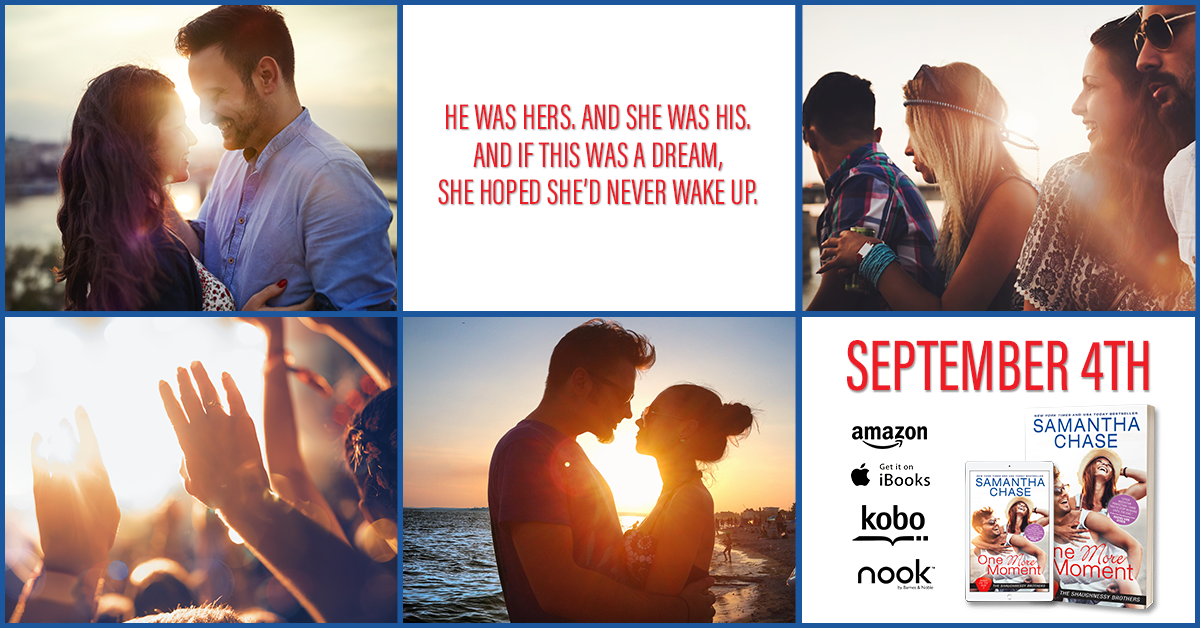 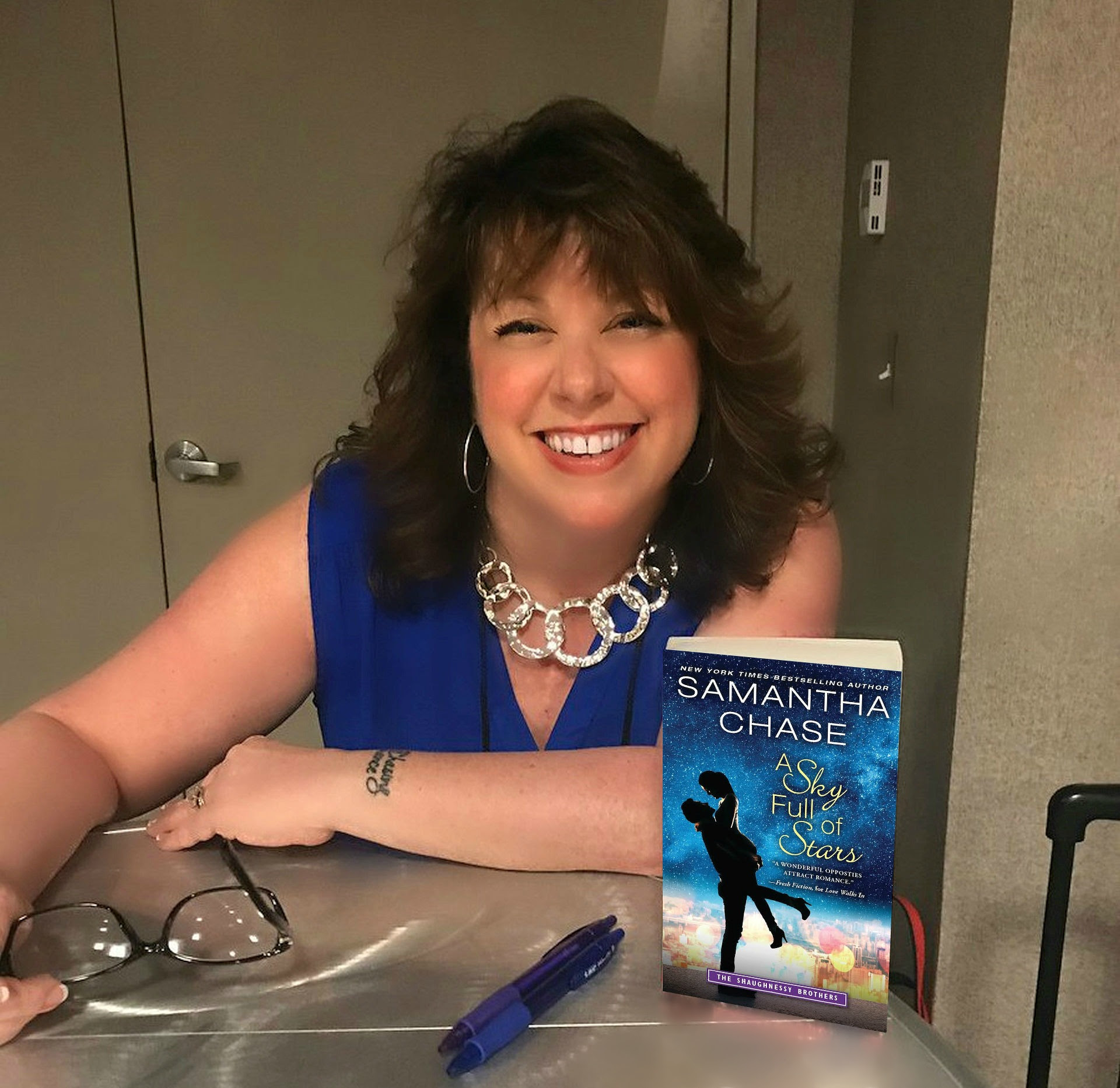 Samantha Chase is a New York Times and USA Today bestseller of contemporary romance. She released her debut novel in 2011 and currently has more than forty titles under her belt! When she’s not working on a new story, she spends her time reading romances, playing way too many games of Scrabble or Solitaire on Facebook, wearing a tiara while playing with her sassy pug Maylene…oh, and spending time with her husband of 25 years and their two sons in North Carolina. Website / Twitter / Facebook / Instagram / Newsletter / BookBub
Posted by Kris at 7:30 AM