BREAK by New York Times Bestselling Author Cassia Leo is out now and #FREE in Kindle Unlimted! Read it now! 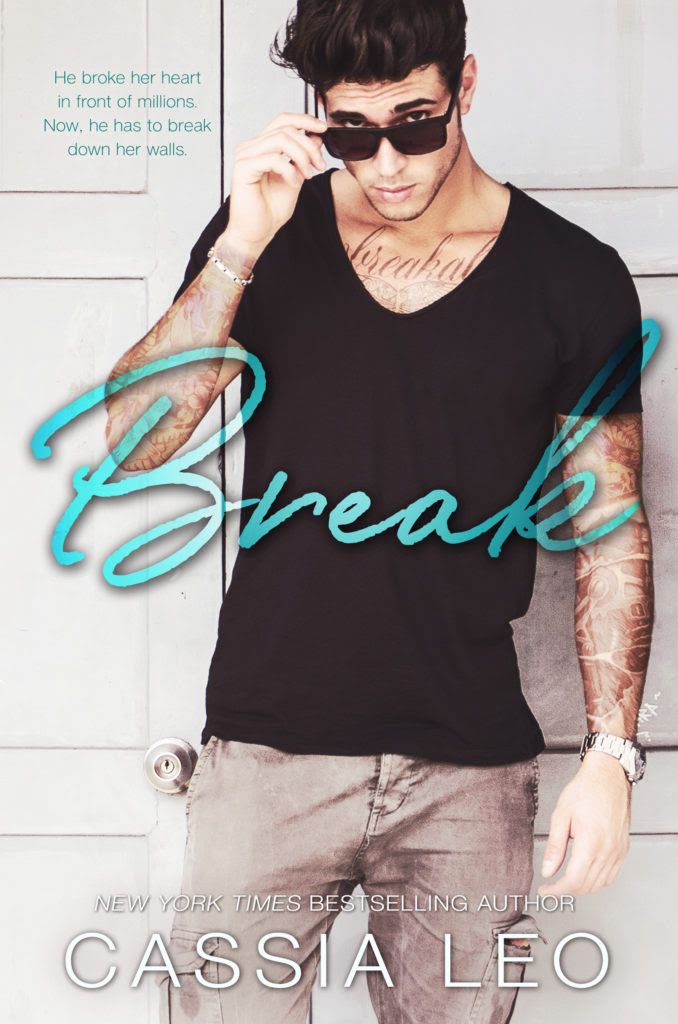 A humorous and heartbreaking second-chance stand-alone romance from the New York Times bestselling author of the Shattered Hearts Series. For six years, she was the only one. My best friend. My kitten. My world. Then, I broke us by getting caught in a web of lies. Hard to believe, after everything we’d been through, I could do what I did to her… in front of 600,000 people. I doubt she’ll ever believe I did it because I love her. Three years later, my music career is booming. I have a movie deal in the next comic book reboot. And now the only parent I have left has been given a death sentence. I have to go home, but going home means facing what I did to her. 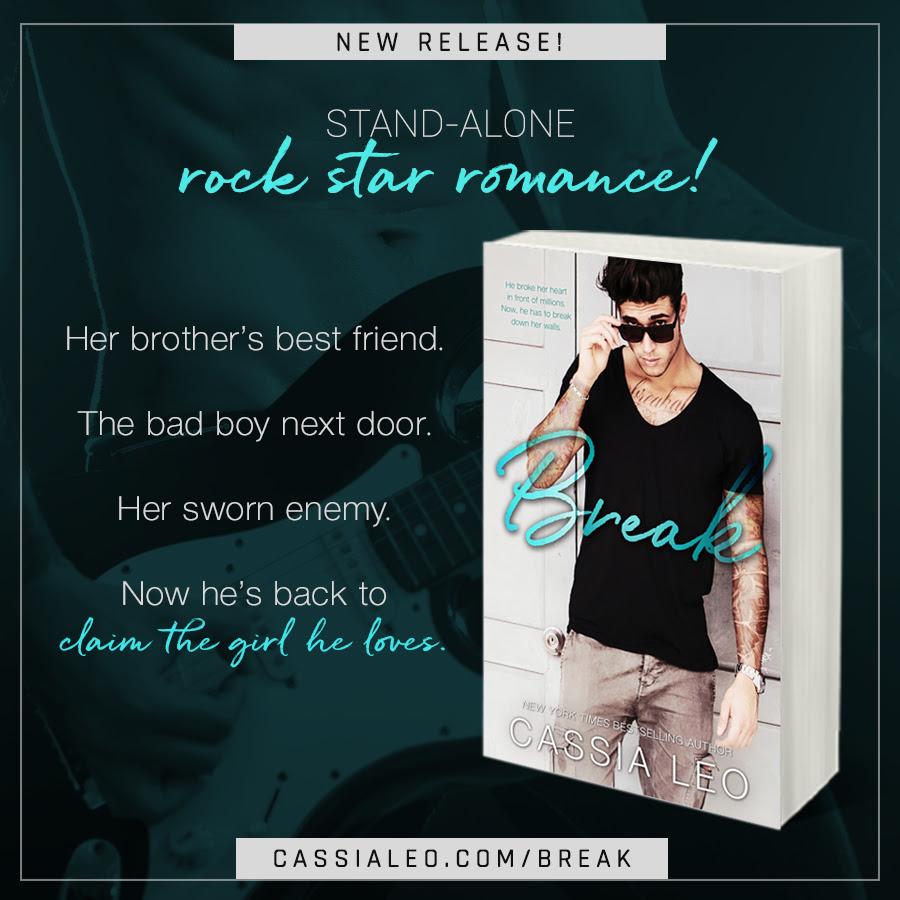 Break is a second chance romance story that isn't what you expect at all.  Told in both the past and present, Break weaves a tale of love gone wrong and the lengths a man will go to make things right.

Ben and Charley had a whirlwind of a time for six years, a perfect romance, a great love, or so Charley thought until Ben broke her heart.  But Charley doesn't know everything about that breakup and years later when Ben finds his way back home to be with his dying father, she's determined to not let Ben in again - to not risk her heart again.  But Ben is just as determined to fix their past, but he's holding on to a secret and it just might change everything.

I really enjoyed the way the story went back and forth between the past and present, both showing us how their relationship was and the aftermath of their split leading to the now.  The emotions at play really come across well as we see the young love blossoming and the animosity Charley feels now in the present and the desperation Ben feels to fix things.   I felt the connection between these two was strong as it ever was and their chemistry remained as well.  Though there was a lot to work through for them, I felt there was a good build up to their re-connection even if I would have liked to see Ben grovel more.

New York Times bestselling author Cassia Leo loves her coffee, chocolate, and margaritas with salt. When she's not writing, she spends way too much time re-watching Game of Thrones and Sex and the City. When she's not binge-watching, she's usually enjoying the Oregon rain with a hot cup of coffee and a book. Find her on...