From #1 New York Times Bestselling author Jennifer L. Armentrout, comes THE PRINCE, a new novella in her Wicked Series, brought to you by 1,001 Dark Nights! Be sure to grab your copy today! 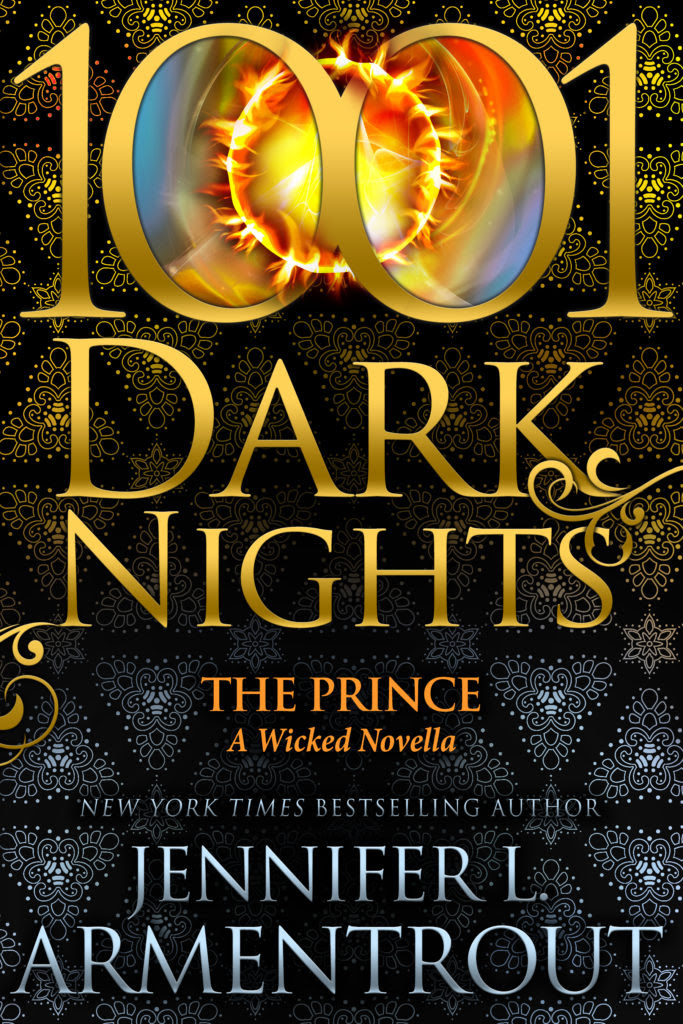 She’s everything he wants….

Cold. Heartless. Deadly. Whispers of his name alone bring fear to fae and mortals alike. The Prince. There is nothing in the mortal world more dangerous than him. Haunted by a past he couldn’t control, all Caden desires is revenge against those who’d wronged him, trapping him in never-ending nightmare. And there is one person he knows can help him.

She’s everything he can’t have…

Raised within the Order, Brighton Jussier knows just how dangerous the Prince is, reformed or not. She’d seen firsthand what atrocities he could be capable of. The last thing she wants to do is help him, but he leaves her little choice. Forced to work alongside him, she begins to see the man under the bitter ice. Yearning for him feels like the definition of insanity, but there’s no denying the heat in his touch and the wicked promise is his stare.

But there’s someone out there who wants to return the Prince to his former self. A walking, breathing nightmare that is hell bent on destroying the world and everyone close to him. The last thing either of them needs is a distraction, but with the attraction growing between them each now, the one thing he wants more than anything may be the one thing that will be his undoing.

She’s everything he’d die for…. 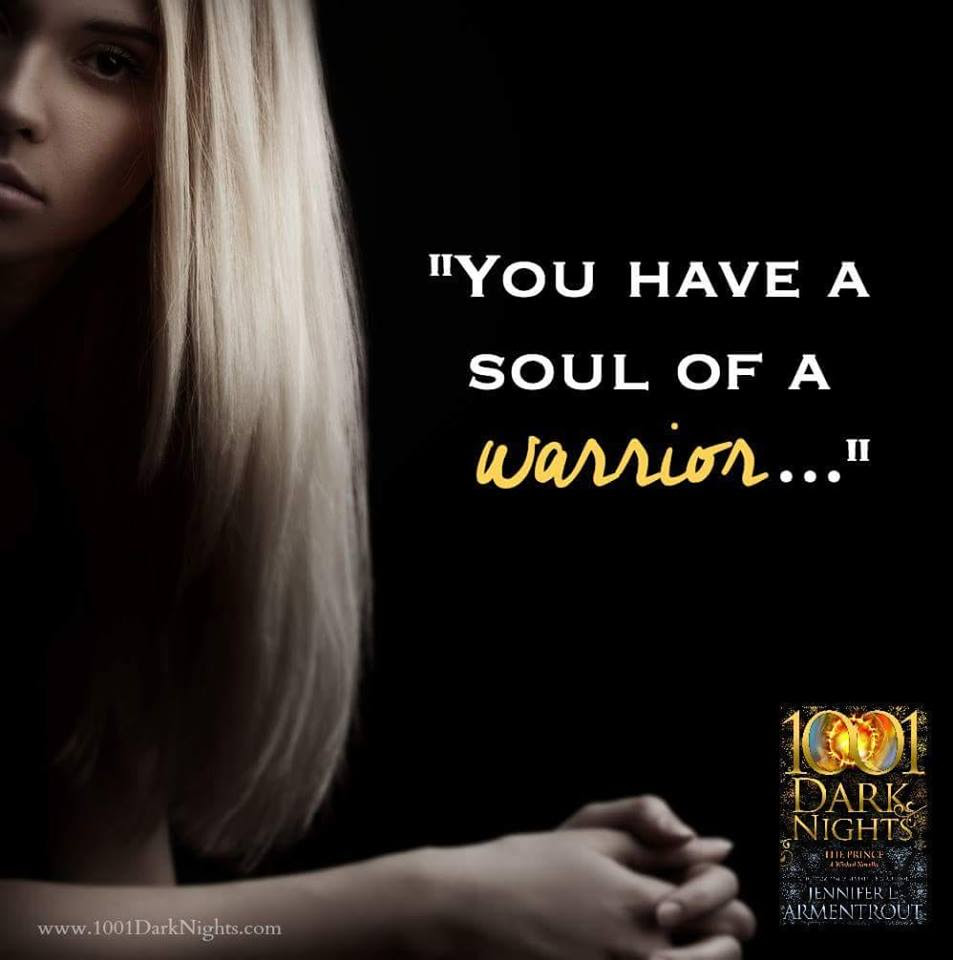 I needed to stop this. Right now.
My eyes drifted shut as his hand made its way from my neck, skimming down the side of my body, over my lax arm. The tips of his fingers coasted over mine, and then found their way to my hip. A pumping pulse picked up in several key points in my body, responding to the light, forbidden touch.
He didn’t speak as his warm breath kissed the curve of my cheek and I didn’t say or do anything. I could stop him. I knew I could. Or I could at least try.
I did nothing.
His hand slipped over my stomach, below my navel. I jerked, bringing us closer. Way too close once more, and I couldn’t breathe as something bizarre happened inside me. It was like all my senses woke up at once, sparking with life and flaming heat through my veins.
His hand dropped to the front of my dress, right above where a deep, deep ache had started. He growled deep in his throat as he said against the flushed skin of my neck, “Your pulse is racing so fast—too fast for someone entranced.”
Hell.
Oh hell.
The Prince might not recognize who I was, but he knew I wasn’t entranced. Fight or flight response kicked in, overriding the confusing heat pumping through my body.
Two years ago, I would’ve chosen flight. That was all I’d been capable of. Not anymore. A whole different instinct took over, a newly developed one. I had no idea why the Prince was here, in the pit of his enemies, and I wasn’t willing to risk finding out or being caught by him.
Spinning around, I gripped his forearm as I ducked and twisted, slipping free of his grip. I saw the flicker of surprise on his face and then I spun back toward him. Still holding onto his arm, I used his weight as an anchor as I leaned back. Planting my left leg back, I lifted my right and slammed my knee into his midsection.
The Prince grunted as he let go, but he did not move even an inch. That kind of kick would’ve brought a human down. Probably would’ve even knocked a normal fae back several steps, but not an Ancient. He lifted his chin, eyes narrowed with annoyance.
“That was unnecessarily violent,” he said, straightening to his full height.
He hadn’t seen unnecessarily violent yet.
I spun, picking up the chair. It was surprisingly heavy. Grunting, I swung it around, prepared to at least knock him once upside the head. Wouldn’t kill him, but would definitely give me a chance to escape without having to answer questions.
The Prince’s speed was mind-numbingly fast.
I didn’t even see him lift a hand. He just suddenly had ahold of the leg of the chair. He wrenched it from my grip, tossing it aside. The chair hit the wall with a bang, shattering into three large pieces.
Damn. 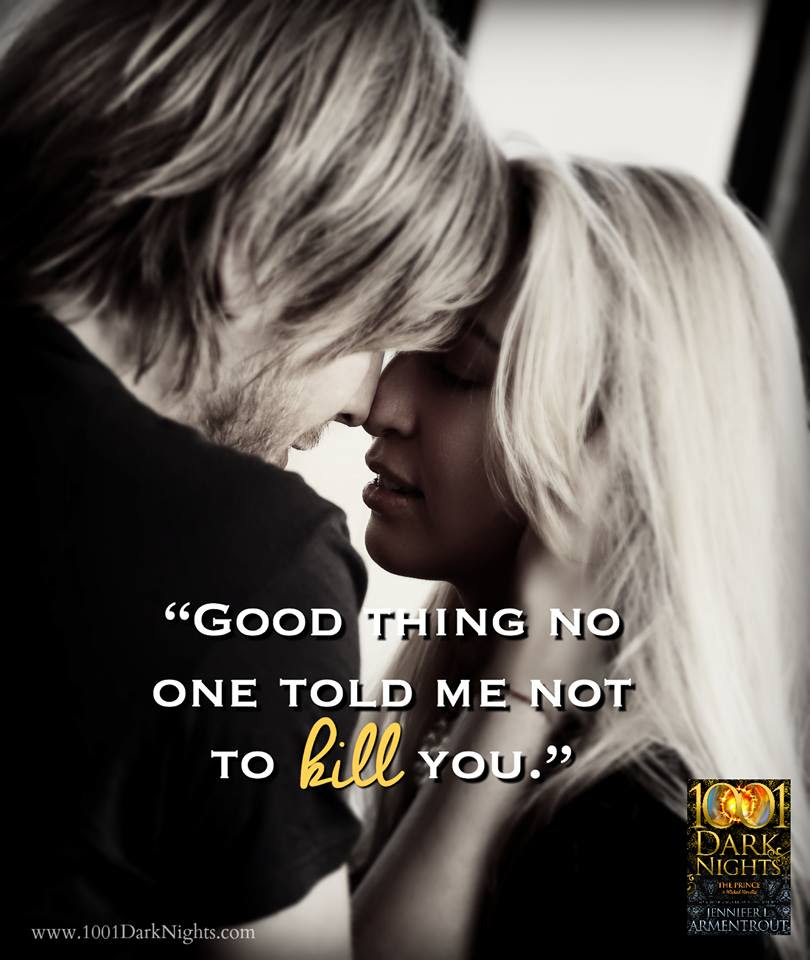 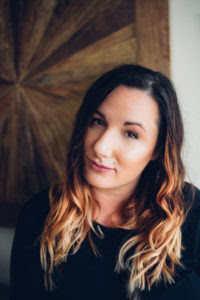 About Jennifer L. Armentrout: # 1 New York Times, USA Today and international bestselling author Jennifer L. Armentrout lives in Martinsburg, West Virginia. All the rumors you’ve heard about her state aren’t true. When she’s not hard at work writing. she spends her time reading, working out, watching really bad zombie movies, pretending to write, and hanging out with her husband and her Jack Russell Loki. Her dreams of becoming an author started in algebra class, where she spent most of her time writing short stories….which explains her dismal grades in math. Jennifer writes young adult paranormal, science fiction, fantasy, and contemporary romance. She is published with Spencer Hill Press, Entangled Teen and Brazen, Disney/Hyperion and Harlequin Teen. Her book Obsidian has been optioned for a major motion picture and her Covenant Series has been optioned for TV. She also writes adult and New Adult romance under the name J. Lynn. She is published by Entangled Brazen and HarperCollins. 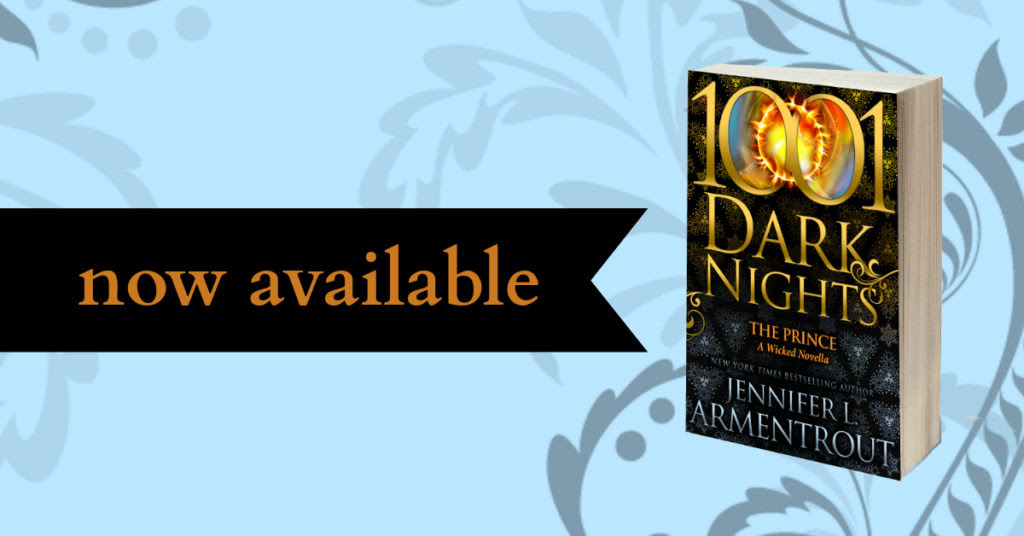