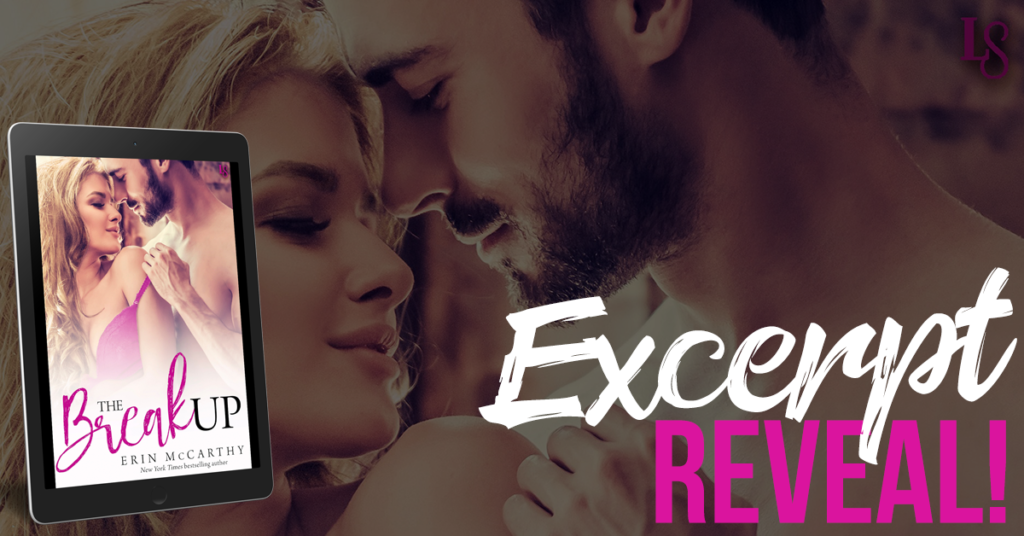 We're less than a week away from the release of THE BREAKUP by Erin McCarthy - check out an excerpt below and be sure to preorder your copy of THE BREAKUP now! 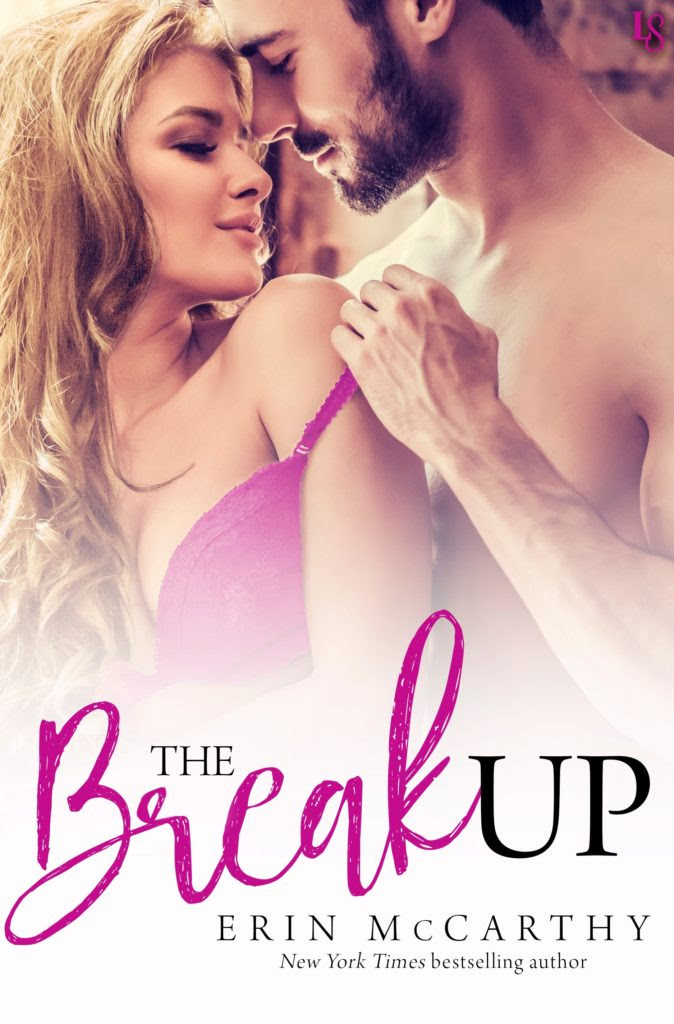 Available August 28th
Can two wrongs feel oh-so-right? This bride is about to find out—with the bad boy who makes an epic breakup worth her while.
Bella: I know I’m a princess. I’m used to getting what I want. But all I ever really wanted was a husband and a family. Unlike my sister, Sophie, I’ll never have a brilliant career to fall back on. So what’s a bride to do when she learns that Prince Charming is a cheating snake just a few days before her fairy-tale wedding? With my fiancé begging for another chance, the only way to save the wedding is to even things out with a little revenge sex—and local bartender Christian Jordan seems like the right man for the job.
Christian: If gorgeous Bella Bigelow thinks sleeping with me will somehow lead to happily ever after, I’m not going to turn her down. The guy she wants to marry is a jerk, and her sister is fooling around with my estranged twin brother, Cain. So what’s the problem—besides falling for a woman who doesn’t know what she wants out of life? All I want to do is whisk her away from that church, take her to a cabin in the woods, and act out all our naughtiest fantasies. And I may just get the chance. . . .
Don’t miss Sophie and Cain’s story in The Hookup!

Read an excerpt from THE BREAKUP

“Christian, you’re a fucking idiot,” I murmured to myself as I sat in my car behind a classic stone church. I had graduated from being attracted to trouble to picking it up in a church parking lot. Then she came flying out of the back door of the church, her skirt bundled up in her arms, exposing her legs from the knees down, a veil flowing behind her. She ran in heels like the devil himself was after her, and hell, maybe he was. I had been shocked that she had texted me, and even more shocked still to find myself offering to pick her up. But Bella had gotten under my skin. Maybe it was seeing her holding my son so sweetly. Maybe it was her humble admission that she wasn’t good in bed. Or more likely it was the fact that she had come to my mom’s still planning to marry an extreme douchebag and had now seen the goddamn light. I didn’t want her to change her mind and lock herself into a life with such a miserable guy. Am I known for being Mr. Monogamous? No. But I wouldn’t put it off on my girlfriend if I cheated. It would be my fault and I would take responsibility, not make excuses. And hell, I never cheated on a woman I was involved with, because I was never involved. I just helped women cheat. Yep. Fucking saint sitting at church, that was me. I started to get out to open the door for her but she called out, winded and hysterical, “Get in and drive!” She yanked open the passenger door, tossed a bag over the seat to the back, and scrambled to get inside. I slid back behind the wheel and glanced around to see if anyone was coming out after her. “You in?” There hadn’t been a door slam. She was grappling to get it closed, but finally I heard the click. Her head turned toward me. “Okay, I’m good.” I hit the locks just in case the door wasn’t completely closed. I would fucking flip out if she spilled onto the road in a wedding dress. “Where are we going?” I asked her. “Anywhere.” She pushed the veil back off her face with trembling fingers. “Somewhere where no one can see me or find me.” “I know a place.” We had a piece of property that had belonged to my mother’s father that had been used back in the day for fishing and hunting. There was a dilapidated shack on it and an old railroad caboose my grandfather had thought was cool. I was driving but I couldn’t stop myself from looking at Bella. She was engulfed in all the trappings of a bride. There was white fabric everywhere, and her hair was curled in long waves. She had on extra makeup and thick, dark eyelashes, and her cleavage was popping. “You look beautiful,” I said, even though it was probably the last thing she wanted to hear. But she did. She was stunning. Breathtaking. Mouthwatering. Even her anxious breathing just set her cleavage heaving, turning me on. I wanted to yank that bodice down and suck her nipples. Lift her skirt and dive on under there with fingers, mouth, my hard cock. I wanted to yank that tiara veil thing off her head and bury my hands in her hair, tugging her head backward, forcing her to look at me. I also wanted to hold her naked in my arms and reassure her that she was enough. Sexy. Satisfying. Maybe I was actually going to have a chance to do all of that.

USA Today and New York Times Bestselling author Erin McCarthy first published in 2002 and has since written over sixty novels and novellas in teen fiction, new adult romance, paranormal, and contemporary romance. Erin is a RITA finalist and an ALA Reluctant Young Reader award recipient, and is both traditionally and indie published. When she’s not writing she can be found sipping martinis in high heels or eating ice cream in fleece pajamas depending on the day, and herding her animals, kids, and amazing renovation-addicted husband.